What an interesting cul-de-sac is Elston Place. Sure there are three boring houses with closed gates and aloof umLungus in them, and one high-wall 8-unit complex called Marula-something with faceless people living in it who don’t know that if you live in a ten-gate cul-de-sac you GREET everyone who lives there. They’re at the top of the road so maybe they don’t even know its a short little cul-de-sac?

We also have a house with two young kids and good people who will host the neighbourhood kids in their pool; They have direct access to the nature reserve;

Then there are the four run-down council houses with hordes of kids. THAT’s what makes Elston Place interesting. Those that visit me to swim and snack range from three to thirteen, Fezile, Asanda, Katelo, Khanyiso, Michael, etc – boys. Andile, Azokuhle & Minenhle – girls. Who exactly they belong to, I have not fully worked out. But my kids know, and shake their heads when I ask – again. 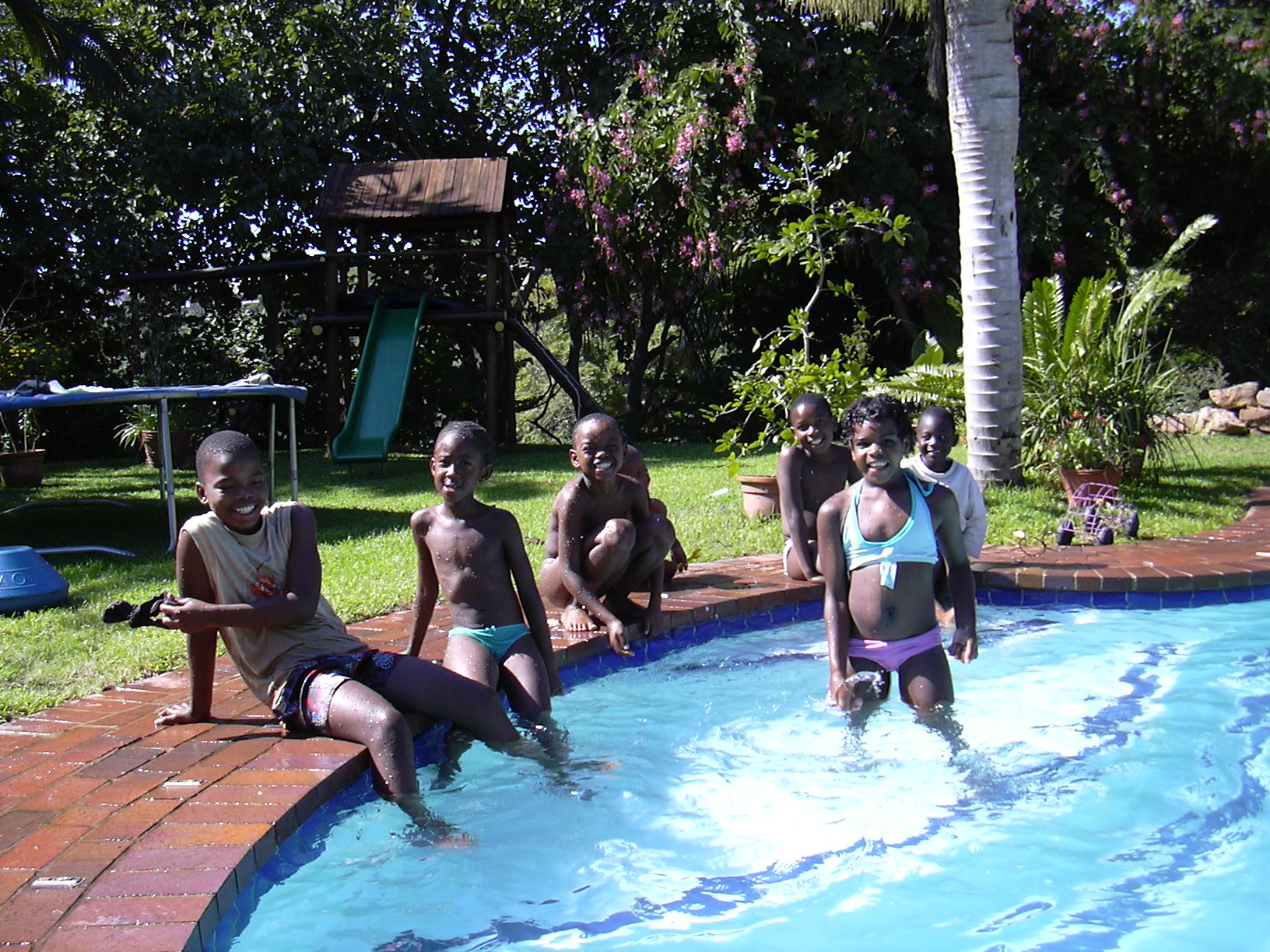 Some of the older ones have moved up and on. They’re too cool for our pool, trampoline and jungle gym now. One of them has had a bambino already. Kids with kids. I fright for that.

Some – thank goodness – never grow up! 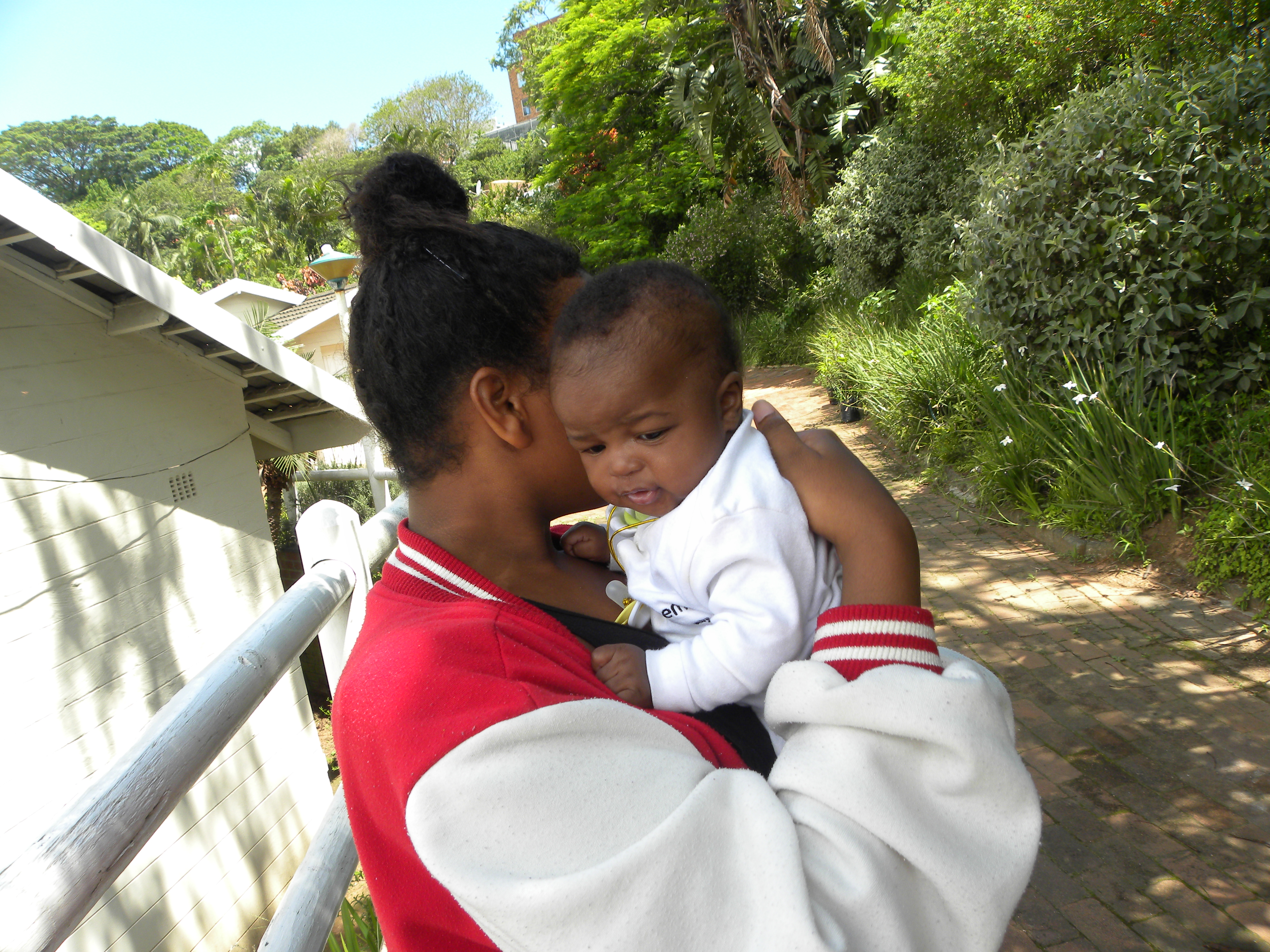 One house is childless. Occupied by Bill G, ex-Durban Corpse municipal employee who knows everything, especially about how grass and verges should be cut – and specialising in kids’ education (“You must study hard, y’hear? My daughter didn’t play in the street and look today there she is, a doctor. My son didn’t play in the street and there he is, a pharmacist!”). We’ve never seen his kids, so I spose he’s right about that much.

One Mom is Thandi, who works at Woolies and goes to Virgin Active Gym every day, walking her ample bum 3km’s there and 3km’s back, even tho there’s a gym in our nearby centre that she works in – I guess Woolies has her on Discovery Health.

One has a green car and drives her kids to school at Westville Jr Primary every morning. Her kids don’t visit or play in the road.

Lawrence the friendly and polite Zimbabwean worked at Nourish Cafe nearby, but they closed, so now he walks to a far-away newly-opened PicknPay near Thandi’s gym. He has a wife and a little daughter.

We have Naseem from Pakistan with dogs that bark right in my ear when I’m in my bedroom and vehicles that arrive and leave at all times of the day & night.

And then Deo was our Metro cop. It was good to have a Metro cop vehicle in our road with his smiling face in it. Lately he’d been scarce and I heard whispers of a mistress or two and shenanigans. Now he’s late. Car accident.

I thought he’d been hit in the blue & white Metro car by a truck, but his widow Nkosazana came round yesterday dressed all in black top-to-toe including scarf and hat. She needed me to update her CV so she can look for another job as she was recently retrenched from the security company where she was a CCTV operator. Bliksem. Three kids. Around 19, 16 and 13.

She filled me in on the details: He was driving his private Nissan X-Trail and hit (or was hit by) a Toyota Hilux bakkie. Neither he nor his mistress were badly hurt, but he “wasn’t right” and was sent back to Westville hospital after a while, then on to Entabeni as his condition worsened. There he died and poor Nkosazana (who he’d ‘kicked out’ in October) was only then able to get into their home to try and sort things out. Mistress in the meantime had the house keys and took documents, cellphones, watches and stuff. Luckily his Metro cop colleagues believed her when she explained her plight and took her around to the mistress’ place and got some of the stuff back.

Elston Place also borders the beautiful Palmiet Nature Reserve, and the day before yesterday I saw a new bird at my bird bath: A Yellow-bellied Greenbul.

I also sometimes take the plunge . .