Up at 4am, left at 4.30, inside the Mfolosi gate at 7.15am. Me and Jess and a friend. Tom couldn’t imagine anything worse that being stuck in a car with two girls and no wifi so he stayed home and went fishing for grunter in the harbour with the Naude boys. Craig took a picture: 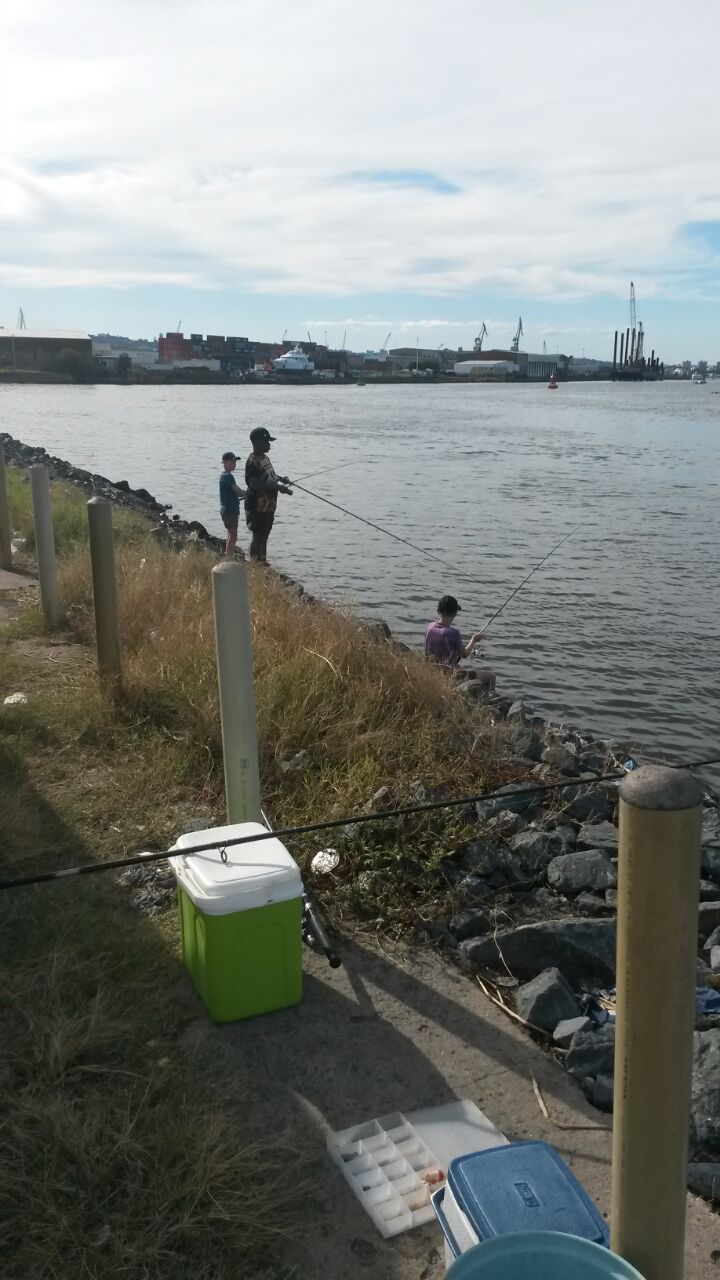 In Mfolosi we had good close-up views of nine white rhino, buffalo, warthog, giraffe, zebra, kudu, nyala and impala. An across-the-river view of four or five lions; Two eles about 100m off and approaching but Jess got nervous from watching youtube where eles overturn cars so we drove off. And bonus: Two black rhino as we were leaving the park.

LOTS of birds, including the best single bird party I’ve seen in years! A drongo chased a southern black tit so I stopped to look. Next a black-headed oriole, a golden-tailed woodpecker, a puffback shrike, white helmet shrikes, a bearded woodpecker, dark-capped bulbuls, orange-breasted bush shrike, a grey-headed bush shrike calling nearby, petronias, black-collared barbets, yellow-bellied bulbul, a large cisticola, white-bellied sunbird. All moving together in some trees against a rocky hillside on the way up to Mpila camp.

Breakfast and lunch at the picnic spots. Home by 5pm.

Must remember to take photos! I took one: the tortoise on the road!

One thought on “Mfolosi Day Trip”