Woke up to breakfast in bed. The bacon was crispy:

The card was mushy: 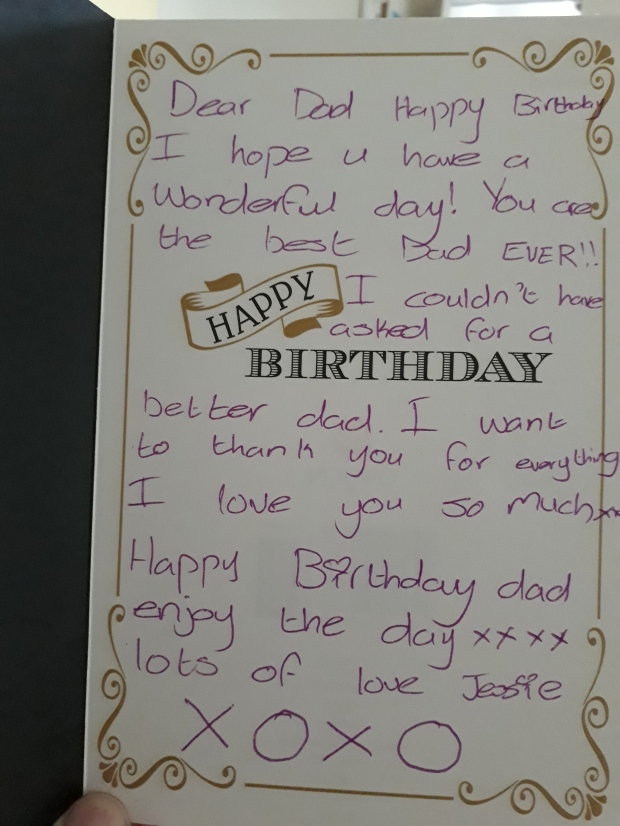 Tom was first to wish me. That’s because he got home in the wee hours and woke me to open up for him, giving me a big “April Fool!” as I welcomed him home.

On this day in 1582, the Council of Trent called for France to switch from the Julian calendar. People who were slow to get the news or failed to recognise that the start of the new year had moved to January 1 became the butt of jokes and hoaxes.

These included having paper fish placed on their backs and being referred to as “poisson d’avril” (April fish), said to symbolize a young, easily caught fish and a gullible person.

Historians have also linked April Fools’ Day to ancient festivals such as Hilaria, which was celebrated in Rome at the end of March and involved people dressing up in disguises. There’s also speculation that April Fools’ Day was tied to the vernal equinox, or first day of spring in the Northern Hemisphere, when Mother Nature fooled people with changing, unpredictable weather.

England had a similar tradition and by the 18th century, April Fools’ Day had spread throughout Britain. In Scotland, the tradition became a two-day event.