What would we do without batteries? I just put new ones in our TV remotes.

The latest are lithium-ion and they’re amazing, but they are expensive, contain a flammable liquid and can be dangerous. The Samsung Galaxy Note 7 battery showed us that. Researchers have even come up with lithium-ion batteries with built-in fire extinguishers now! The battery has a chemical called triphenyl phosphate, a flame retardant. If the battery’s temperature rises above 150 degrees C, the plastic fibres melt, the chemical is released and it prevents the battery from catching fire.

A new battery prototype known as “all-solid-state” – no liquids – has the potential to store more energy while maintaining high safety and reliability levels. It’s based on sodium, a cheaper non-flammable alternative to lithium.

Many other technologies are being tested, and according to each one’s marketing department they are going to charge your phone or your car in seconds, last forever, boost your love life and cost nothing. Don’t laugh, some of that will come true.

The first battery may have been made in Baghdad, Iraq back around 200 BCE. At least that’s the guess about what an earthernware jar with an iron rod surrounded by a copper sleeve may have been. 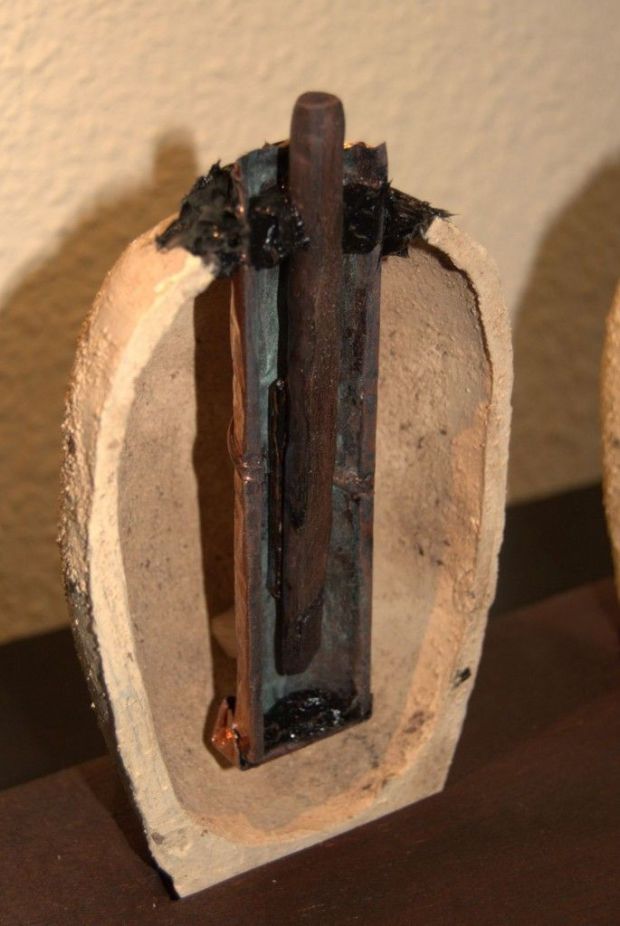 The first known battery was made by Alessandro Volta in Italy after Luigi Galvani noticed that metal and frogs’ legs could produce a current. Gotta love those Italian names, don’t they just galvanise you and produce a voltage across your brain cells?!

Volta put a stack of zinc and copper plates with salt water-soaked cloth between them and invented the voltaic pile in 1800 – a battery about equivalent to today’s AA. Not as portable but.

Improvements followed and in 1859 the precursor to the familiar lead-acid rechargeable battery was invented by Frenchman Gaston Plante. This was a big boost to horseless carriages! Earlier, between 1832 and 1839, Scot Robert Anderson had invented the first crude electric carriage, powered by non-rechargeable primary cells. Studebaker Automobile Company made the first mass-produced electric vehicles in America in 1902. Plante’s rechargeable battery would have been a big help to them.

Other things being used experimentally to convert energy into battery power are plants, dewdrops, air, your skin, your movement and your urine. Check it out – 37 different ideas for batteries!

Time will tell which ones will make it to market. I hope its not that last one!