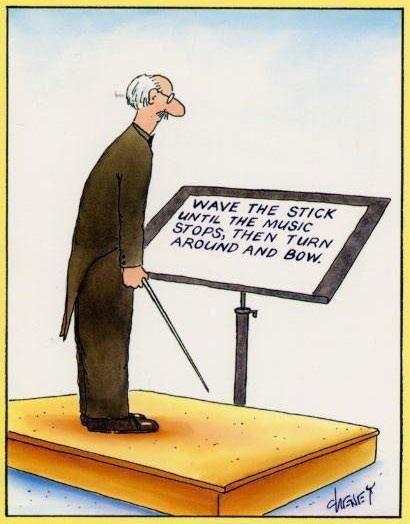 It only looks like that to the members of the audience who have already finished their boxes of wine.

Oh rubbish! How hard can it be? I have successfully air-conducted many operas, arias, concertos, minuets, fugues, and more in my car and in my bath.
Fugue, man. 😉

At school the PACT Symphony Orchestra came to play at an assembly. They gave a schpiel about how important the conductor was. They then called up a kid from the audience to have a go at conducting – and the orchestra played out of their socks to the kid randomly  waving his arms and the baton around as if it was a traditional weapon.

To show the difference when a real fundi conductor brought the best out of the orchestra, the conductor came back on – and of course the orchestra didn’t play a note in tune or in time.

I love that! That’s a hoot!
I bet the musicians had a ball doing that! Every formal orchestra ‘captive musician’ must secretly want to break loose and be a Jagger. Or at least a Vanessa Mae. 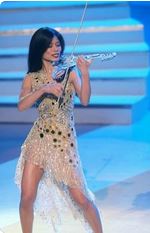