None of us had studied geography, so trustingly, we bowed to his superior knowledge and would leave all matters geographical in his capable hands and would even ask him “what rocks are those?” and other searching questions from time to time.

Until the night he organised the Night Of The Full Moon. Apparently (I wasn’t subjected to this faux pas) much was made of being in the right place at the right time: A restaurant with a raised perch and a view due east where the magnificent spectacle of the shining (reflecting, not glowing, remember?) orb rising above the horizon over the Indian Ocean as the sun set in the west would be seen by his awe-struck companions. A table at the window. Don’t be late! 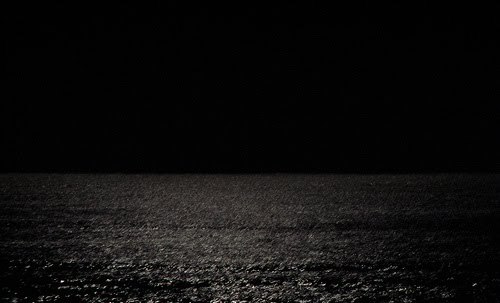 The light you see on the water is the restaurant’s lights. The only moon that night was under the Scotsman’s kilt!

Luckily for JonDinDin I could take him down to the beach years later to teach him what a full moon looks like: