I don’ believe it! In a high-wind storm the beautiful big old fig tree which made the corner – it was THE feature of that whole block! – at the top of our road fell down!

I stopped to look, and Jess and Sindi spotted each other. Sindi came running across from Juke’s Pizza where she was working. Typical high-energy Sindi, a run, a hug, much to tell: 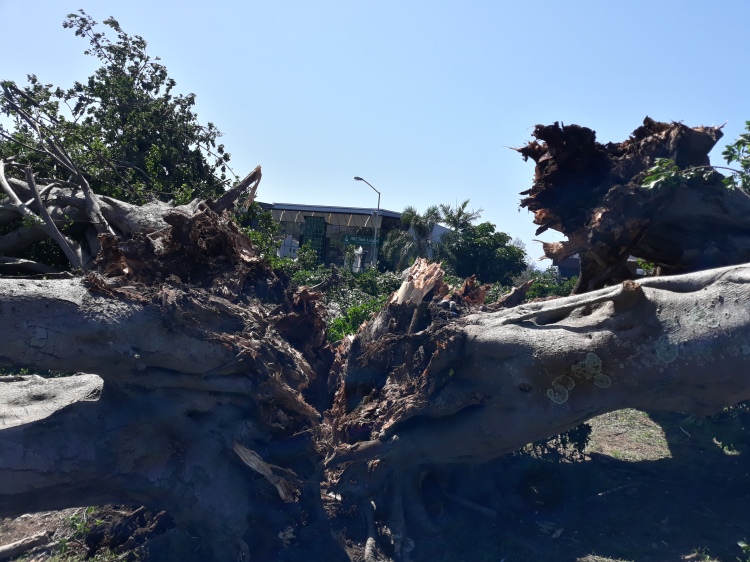 Here’s the worst part: Seems we don’t have any pics of the old tree standing! We’d taken it for granted and now it’s gone! Petrea, whose optometry practice looks right out on the fig had pics after it had started falling but none of the fig as it always was.

I searched my albums and found ONE pic of it standing earlier this year – but barely visible in the dead of night! You can catch its outline way in the background between Lungelo and Tom’s heads:

2 thoughts on “Fuckit the Fig Fell!”