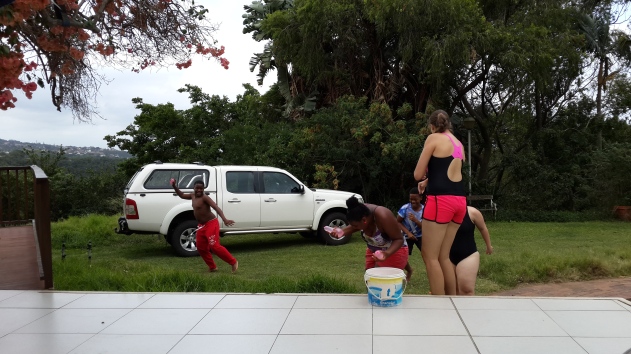 Jess had four seventeen-year-olds around and Tom one fourteen-year-old. I thought never the twain would meet but I was wrong.

It helped that there was one new girl the boys hadn’t met before and they were quite intrigued by her.

They had a ball – ending up in a water balloon fight. The girls won.