The old man made a beautiful riempie bench, modeled after an old one he bought. He made two, so that along with the old one he’d have three, the thought being to give one to each of his three beloved children. 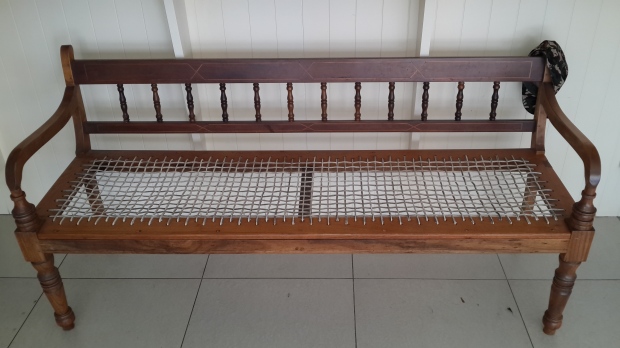 Made of blackwood; thickness’d and planed; legs and olive wood turnings for the backrest uprights turned in his lathe; yellow wood inlays routed into the backrest; dovetail joins to hang it all together. The leather riempies were from a kudu he had shot in old South West Africa, where he skinned it and brought the skin and the horns home. Then he took the skin to Marianhill monastery where it was tanned and cut into riempies. Apparently the monks n nuns like them some leather. 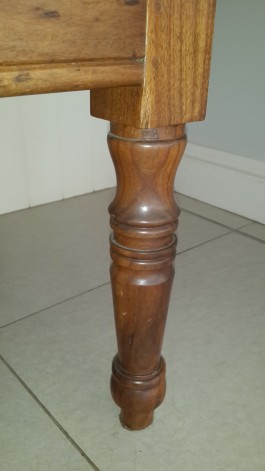 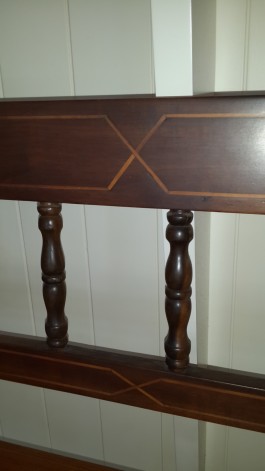 Quite something! No wonder he wants it back. Here he is with Mom in his woodwork shop/haven/retreat.

He’d be so proud to see his grandson following in his footsteps, ably taught by his talented son: 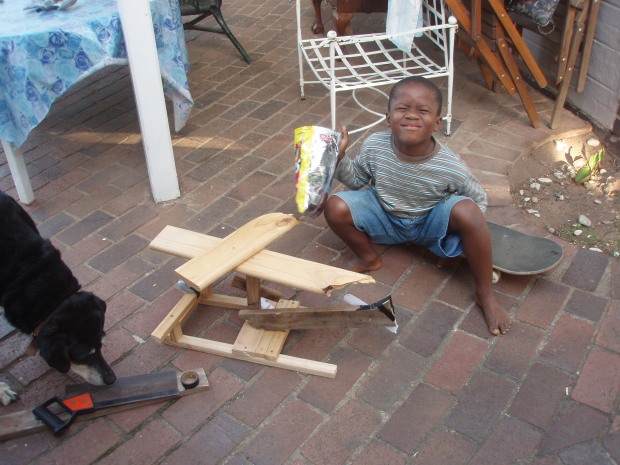 While watching the riempies being cut he decided ‘I can do that’ so he had a riempie cutter made for future use: 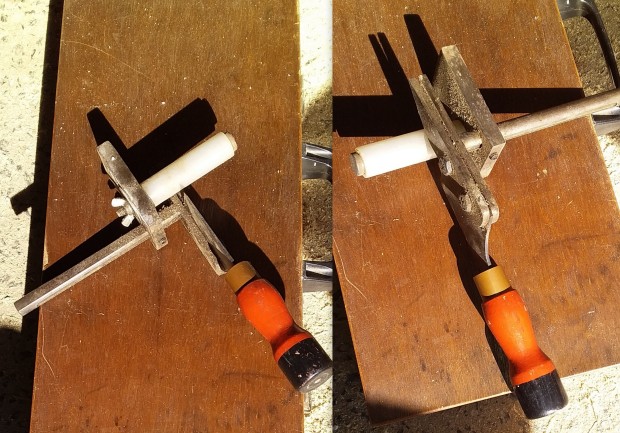