There were two birthdays on the steam train and the pictures are from Tom’s. He turned four. 2005. Aitch arranged a magic day after much preparation, cake-construction and Mom-liaison. Here she orchestrates: 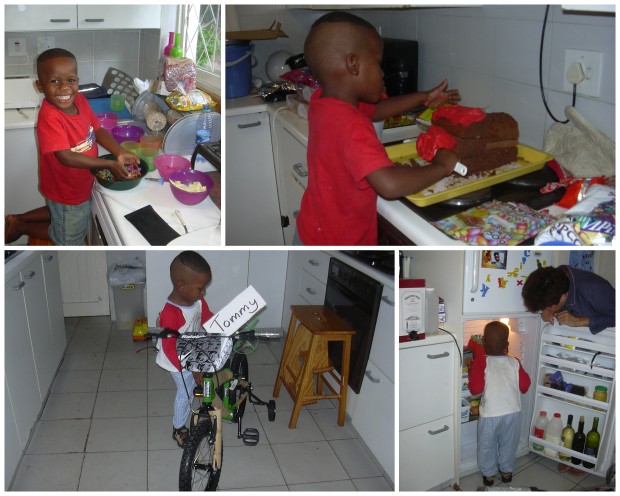 I was on the train and we had a lovely day. Later Luke, Tom’s big china, turned four and had the same birthday. On Luke’s birthday I was a designated driver, taking a car to the end-point to take stuff and ferry passengers.

So I wasn’t on the train on Luke’s birthday trip when he flew out of the window.

But first: These pictures are of Tom’s birthday: 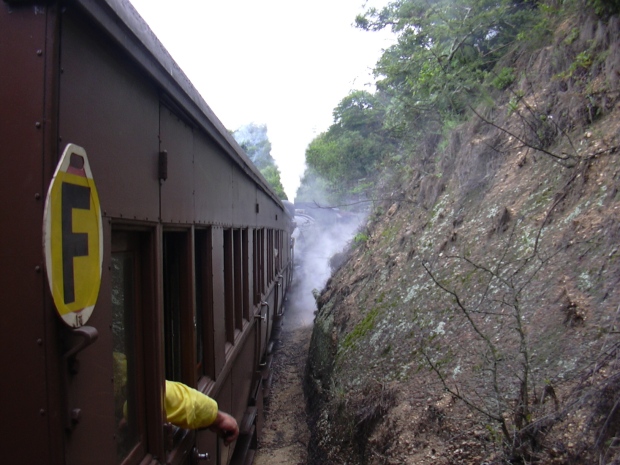 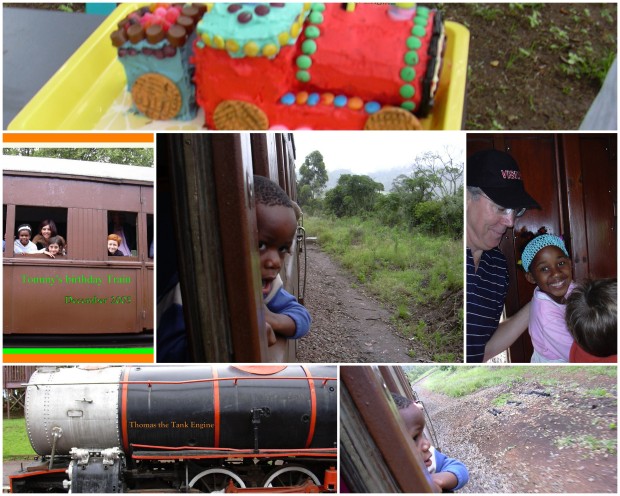 Here’s our Luke-fella with Mom Terry. Both on the train and at the stop for Tom’s party (you can see TomTom’s cake). On his way up he was without make-up, and on his way back he was all face-painted:

On his big day the same train journey was arranged; Up, then a party in Inchanga and then down: the return journey. Afterwards, I got back to Hillcrest; To Stokers where the journey starts and ends; When the train puffed in I heard a strange tale: Tom huffed and puffed, “Dad, Dad! Luke flew out the window!” The adults said Luke had fallen out of the train and been taken to hospital. I was aghast! What!?

Later the tale unfolded. Luke had fallen out while the train was choofing along. His Dad Steve had leapt up and wanted to jump out after him, but the train was going too fast so he hared through the carriages, rushing through the gaps till he got to the front and could attract the attention of the driver who stopped the train. Steve ran back and found Luke with some railroad trackside dwellers, who had found Lukie-boy –  maybe even seen him fall.

The hospital checked our Lukie-boy over bone-by-bone and organ-by-organ and pronounced him all intact. Massive sighs of relief!