I didn’t need the pillows. Once I had the red coat, flimsy red pants and gumboots on I looked round enough to fit the bill. Steve Angelos had asked: “Pete will you be Father Christmas? The kids all know me but you’ll be able to fool them”.

He was right. I was about fifteen years older and fifteen kilograms more substantial. It was a no-brainer as to who would be the more incognito Santa.

Earlier that year I had balked at going to another service at the Methylated Spirits. “I can’t stand another droning monotone of mournful half-hearted song where half a hall of ancient whiteys mumbles All Things Bright and Beautiful as a dirge”, I said to me dearly beloved. Well, unlike me, Aitch was Action Woman, so the very next Sunday we were in a school hall (a CATHOLIC school hall, did she know what she was doing to me!?) with cheerful people of all ages and all shades of mahogany and beige singing heartily while clapping and dancing. I swear, I must have really loved that woman.

Now it was the Christmas Party and there I was, red hat with cotton wool pom-pom, cotton wool beard, gumboots on in an African sub-tropical December, a black garbage bag full of gaily-wrapped presents slung over my shoulder. Bracing myself (where’s the gin bottle when you need it?) I stomped into the hall full of kids engrossed in the distraction provided to draw their attention away from the door and boomed out “Ho Ho Ho! Where are all the Good Children?” I had their attention instantly and they approached me excitedly from across the hall, “Father Christmas!” cried some, so I let out another “Ho Ho Ho!” upon which Jessie shouted out with complete certainty: “THAT’S MY DAD!!”

And the lies! The LIES! Me, I’d have said “Of course there’s no Santa guys, use your noodles, who is more likely to give all the children around the world a present? Their parents or some mythical fat bloke who whizzes around the globe in a heartbeat, dashing down chimneys he’s too fat to fit into? Hello-o!”

But the hawk eyes were upon me, and under her fierce gaze she hissed “Don’t you DARE!”, I lied like my feet stink: ‘Santa had a lot of other calls to make so he asked me to do this party; He parked his sleigh here, on the hockey field; The reindeer didn’t make marks because they stayed up in the air, even the sleigh hovered;’

‘Santa uses a lot of helpers like me – eg. in shopping malls; No, the man you had your photo taken with . . . . what did Mom say? Well, then he was the real Santa that time;’

Lies and more lies to my own children who really wanted to know, and who trusted me. Shit, I HATED that. Very soon after this I negotiated a new deal: I won’t spill the beans, but nor will I lie to them.

That was a bit better: ‘Lots of people say there’s a Santa, I don’t think there is; Yes, they say you have to be good for him, but my advice is rather be good for your Ma n Pa just to hedge your bets; Be kind to your Dad, maybe its HIM what puts the presents under the tree; Be kind to Mom. She has a lot more say in your life than Father Christmas, rather work with her;’

Bloody hell!! Now they’re 16 and 12 and they don’t believe in that myth any more, thank goodness.

Except around Christmas time.

Jess was 12 and Tom was 8 and even though they would (sort of) believe me when I would say: “Err on the side of spoiling your Mom n Dad, and listening to your Mom n Dad if you want Xmas gifts”, they felt they would hedge their bets and write to Santa as well.

Off they toddled up the road to the PnP centre with their aunt Janet, visiting from Botswana, to post their petitions in the big red letter box.

Jess had given me a copy of hers. It said “Please may I have . . “ before each and every separate request. Extreme politeness was evident.

Tom’s envelope was addressed to Father C. Jess thought it would be better to address hers to Santa C – more formal. Janet had helped with the spelling.

All together now they shoved them through the slot and turned to go.
After two paces, Tom swung round, looked hard at the slot and said sternly:  “Read them, OK?” 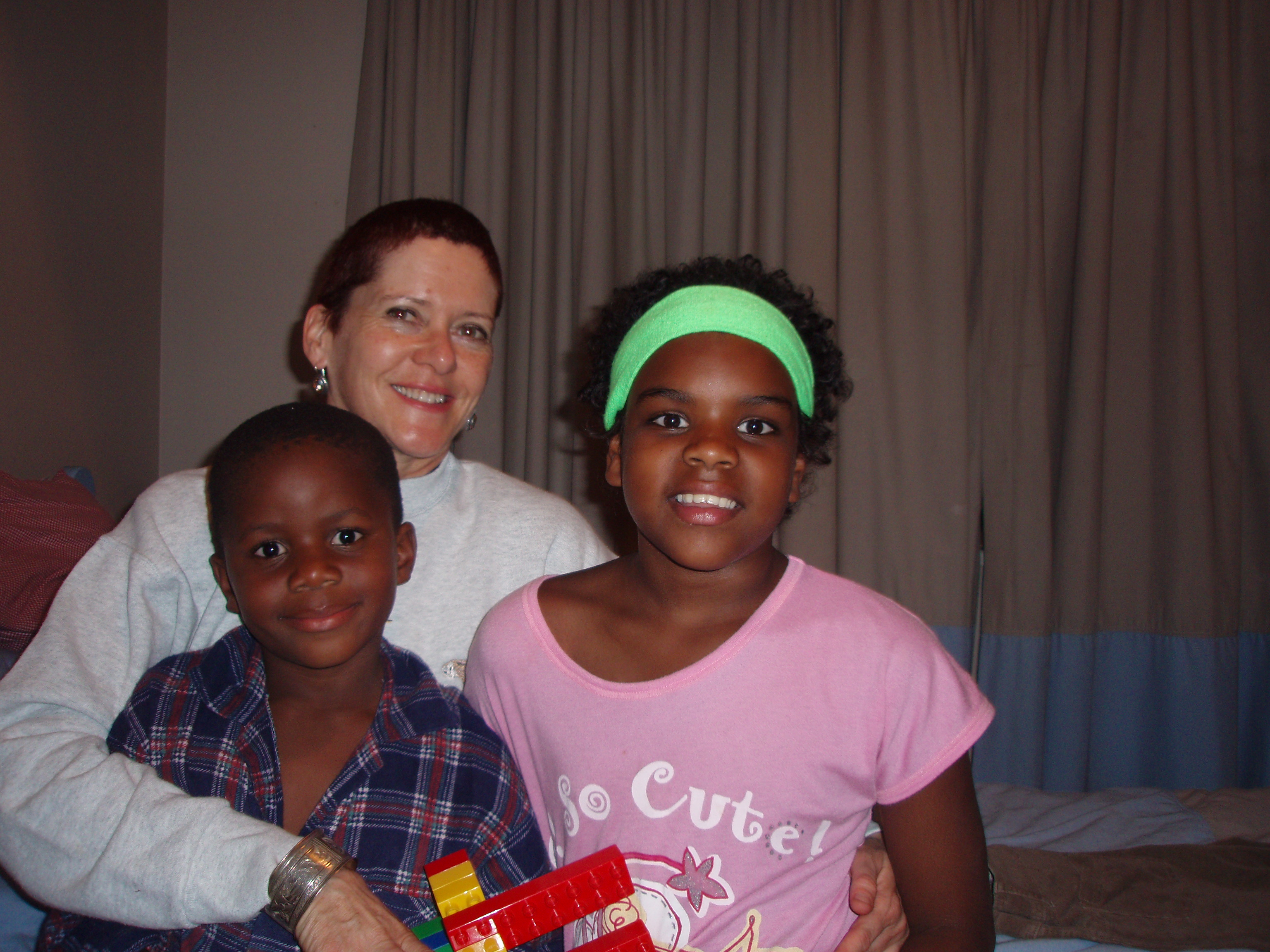