One night in my first own home, Whittington Court in Marriott Road on Durban’s Berea, I heard a strange sound. It was like a small dog barking, but not quite that and I remembered from all my reading and re-reading of Roberts and Newmans bird books: Nightjar!

Aitch! I shouted, a nightjar! Luckily she knew I was weird so she joined me and we peered out from our first floor window and a nightjar flitted past. I was over the moon with excitement and discovery. A Freckled Nightjar right outside my flat!

Investigation revealed it to be a well-known one, roosting on the roof of the residential hotel nearby. Eden Gardens, now a retirement home. It had been discovered by Philip Clancey, famous birder and splitter and Durban Natural Science Museum ornithologist and author and artist, who lived in the hotel.They usually roost on rocks and the roof was a good substitute. Their camouflage is impressive:

A previous “discovery” of a nightjar also had me hugely excited.

Durban museum ornithologist Philip Clancey took numerous expeditions into Zululand and Mozambique, discovering several new subspecies as well as one new species to science, the Lemon-breasted Canary in 1961. Clancey was a prodigious publisher of papers and books including “Birds of Natal and Zululand”, all lavishly illustrated with his excellent and distinctive bird paintings.

First puppy. That was TC whose name didn’t signify much but we couldn’t think of another and settled on TC which teasingly was for “Terrible Canine” or “Terrific Canine”. Maybe the character from the TV show Magnum P.I influenced the name too. She was born on Melrose Farm of Mouse the Jack Russell by that he-man and character Stan the dark Staffie and was a gift from Dave and Goldie Hill, new parents of Tatum at the time. This was December 1988.

Stan with Goldie; Mouse with Tatum: 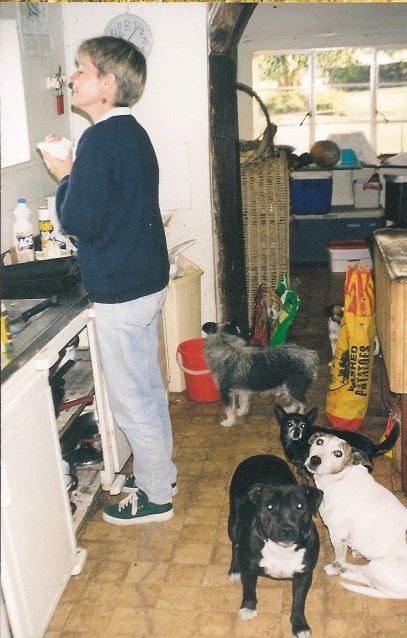 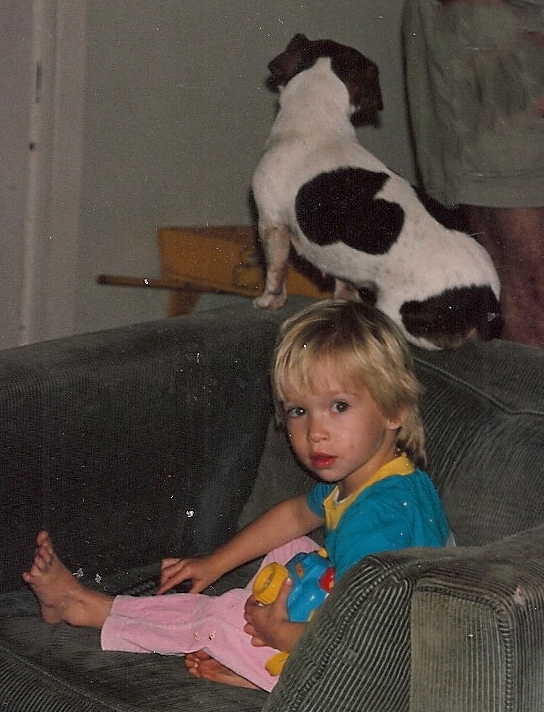 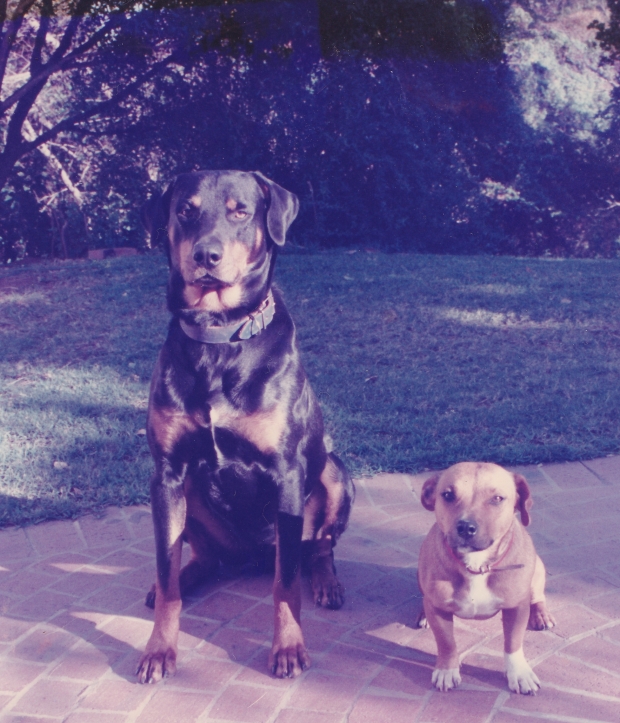 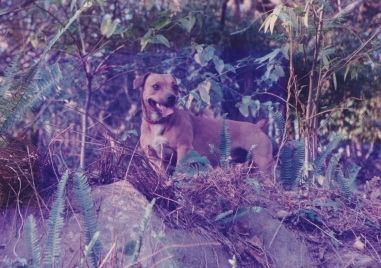 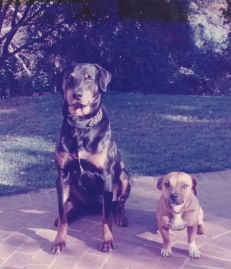 TC with her siblings before weaning: 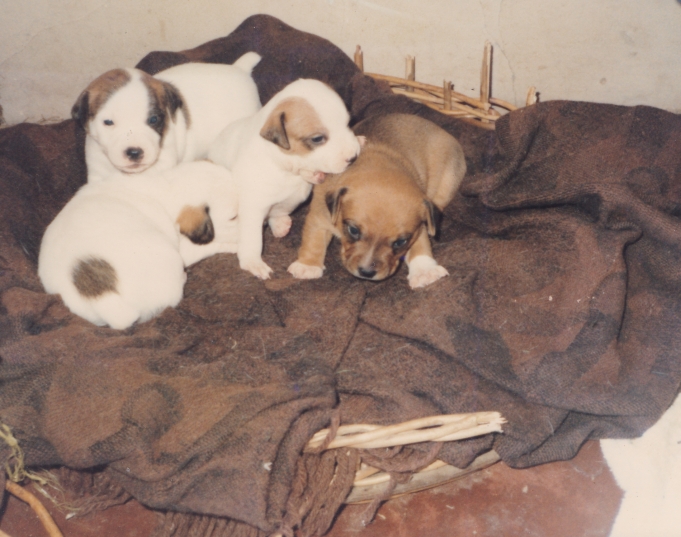 We still lived in a flat but were moving into a house soon. Flat life suited TC:

But so did the great outdoors: 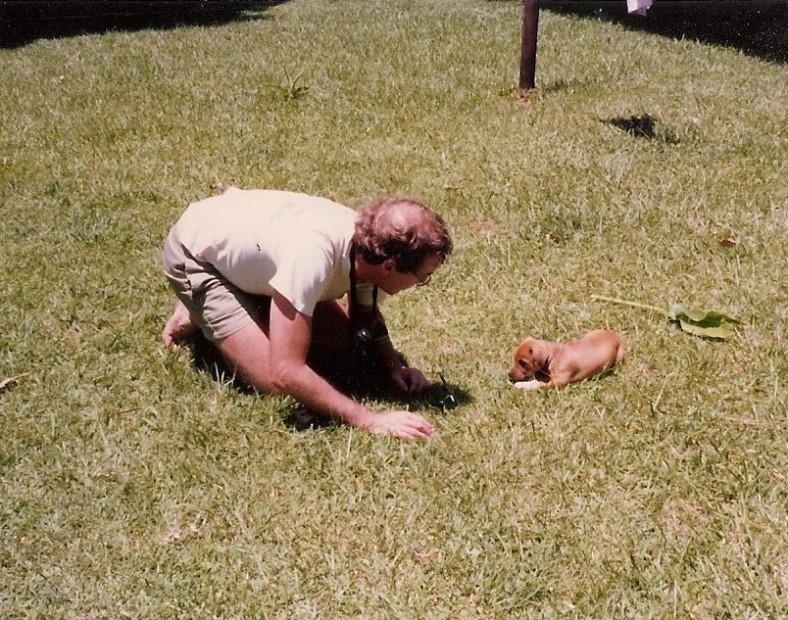 And even though three younger new arrivals outgrew her . . .

She outlasted two of them and remained Top Dog:

Her big friend and sparring partner was Tess the bull terrier from next door. Great mates they were, but occasionally when we near they’d go at each other with much snarling and hound-dog insults.

Once I held Tess high overhead with TC attached to her leg in a firm bite, both growling furiously, then dumped them in the deep end of the pool before they would quit their nonsense!

TC lived to fifteen, outliving Matt and Bogart. She is buried at 7 River Drive Westville on the banks of the Mkombaan river under a kanniedood tree, the paperbark commiphora (was Commiphora harveyi). She just got old and tired and slower and thin, and died quietly in her basket one evening.